A big thanks to our clients, Mauricio and Raquel. They sold their home and were able to donate $2550.00 to St. Jude Children’s Research Hospital.

We’re on a role with the adorable puppies! Last week it was mixed breed dogs and this week it is labs at Lucky Lab Rescue and Adoption. These volunteers are seriously dedicated to this organization’s mission. Give Realty and our clients, the Mendoza Family, were happy to support them with a $2100 donation.

The Kankariya family, with the help of an Apple employee gift match, was able to donate $5001.00 to Shirdi Sai Mission of Austin. We love it when our client’s employers help our donations make an even bigger impact. 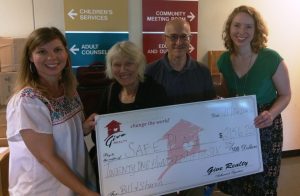 Our clients, Bill and Sharon purchased a home and we made donations in their name for $4,312.50. Both SafePlace and to San Antonio Pets Alive each received donations of $2,156.25.

SafePlace, also received a donation when their daughter son-in-law purchased earlier this year and the even their granddaughter got into the donation spirit by donating her allowance.

$4,660.00  was donated to the Jeremy Torres Memorial Scholarship Fund at Texas State University on behalf of the Allen Family.  The Allen family recently purchase a home and made the donation in honor of Mr. Torres, whose life was cut short in a motor vehicle accident this past May. Mr. Torres was a professor at TSU and was the head of the BFA department.  We are honored to make this donation in his memory. 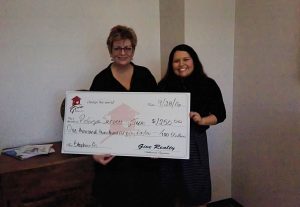 Refugee Services of Texas was a recent recipient of $1,250.00 on behalf of Stephanie G. We were super happy to help her find her home. RST Austin primarily serves newly arrived refugees with their initial resettlement into the local community. The STEP program provides services to domestic and foreign survivors of trafficking. Learn more at rstx.org/austin 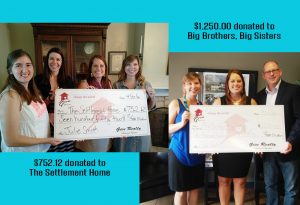 Big Brothers, Big Sisters and The Settlement Home were the recipients of $2,002.00 in donations on behalf of Julie S. We helped Julie on both the sale and purchase. Big Brothers, Big Sisters helps children realize their potential and build their futures by partnering the child with a “big”. Julie’s donation of $1250.00 is instrumental in making the partnership happen.  The Settlement Home for Children provides residential and transitional housing along with foster and adoption service

Dawn and Marc donated $4,300.00 to Dogs Out Loud from the purchase of their new home! Dogs Out Loud provides training, behavior rehabilitation, and support services for medium to large breed shelter dogs with resource intensive behavior problems. Working closely with Austin Animal Shelter, they help the “un-adoptables” become adoptable by using creative solutions to help dogs that are still at risk of long stays, unsuccessful adoptions and even euthanasia. Learn how to support and/or volunteer at www.dogsoutloud.org